Lessons from the Time of Hybrid

As Washington and Oregon schools get ready to return to classrooms, Idaho CIOs who have been doing it all year weigh in on challenges, ideas and strategy

Spoiler alert: hybrid isn’t easy. It essentially doubles the effort both from the tech and teaching perspective, circumstances change quickly, and quarantine’s a … thing that is not easily navigated.

On the upside, there are those who have gone before, and can offer guidance and hope.

While both Oregon and Washington had, until very recently, been on statewide shutdown mandates, Idaho districts were left to make their own decisions. Most districts have had some in-class time (albeit with frequent shuttering and reopening) since the beginning of the 2020-2021 school year.

Boise School District did manage to get high schoolers in classrooms … for two weeks.

Having started with what CTO David Roberts described as a “soft opening” — bringing early elementary students back to school in September, then adding additional levels every two weeks — the district eventually found itself swamped, and had to return to remote learning from Thanksgiving through this Tuesday, Jan. 19.

“You can’t run a school if you’ve only got replacements for 60% of the teachers who are gone, and it was a business decision at that point. We couldn’t run the business of school.”

“At the high school level, there were anywhere from two to six classes of kids every day who had to walk to the cafeteria and wait until that period was over, because their teachers were quarantined and there were no substitutes,” he said.

During normal, non-pandemic times, they had a substitute fill rate of around 93%, which plunged to 60% at the height of quarantines.

“It wasn’t that we were seeing a huge increase in positivity rates for students,” he said. “The reason for the shutdown was operational — you can’t run a school if you’ve only got replacements for 60% of the teachers who are gone. Do the same thing with food service, bus drivers, every type of employee, and it was a business decision at that point. We couldn’t run the business of school.”

But he, along with Coeur d’Alene Director of Technology Seth Deniston, have also found great triumphs, and were willing to offer their best tips, highlight the biggest challenges and reflect on what they’ve learned — and what they wish they’d known.

Seth agreed that student quarantines are probably the most challenging aspect of hybrid learning. Coeur d’Alene schools opened a week later than usual with a blended model — half of students on Monday/Tuesday, everyone remote on Wednesdays, and then the other half Thursday/Friday. While they’ve kept the district as a whole open, they’ve had to close individual schools and go fully remote during outbreaks. They have, however, been able to bring all elementary school students together four days a week now.

“That’s the biggest challenge — what do you do with kids that are quarantining?” he said. “At the elementary level, you’ll have half the class out after a positive case because of the seating chart, and then that teacher is juggling both online and in-person students.”

“We spent the first couple weeks in person helping them get ready (for the possibility of quarantine). When we did go remote, those kids knew what to do.”

He, too, reported major staffing issues.

“My department is doing everything we can virtually, but custodians and bus drivers are the staffing groups most impacted. A given school might only have a couple custodians, and if both of them have to go out, there’s no one to clean the building — which is more critical than ever right now.”

While his department has stayed healthy, that doesn’t mean their job has been easy.

“You have the remote support for all of the students, and sometimes teachers, that are home, on top of already supporting learning in person,” he said. “So you are almost doubling your support load.”

“I think hybrid is maybe even more of a challenge than remote learning, because for everyone concerned, no two days are the same,” David said. “You’re always dealing with different issues. When you’re completely virtual, you know what you’re dealing with. If you’re in person, you’re dealing with things that are going on in the classroom. But when you’re doing both, and in most cases both at the same time … we have not always found a good way to match that up.”

Both men suggested playing a lot of the ‘What If?’ game ahead of time, trying to anticipate and plan for the unexpected.

“You have to make sure that your support system is ready to go, you’ve got to be sure that you’re ready for a student, a parent, a grandparent, a teacher, whomever, to call and get the help they need,” David said. “It ramps up even more when you go with the three-prong approach of hybrid, in-person and virtual all going at once.”

“A given school might only have a couple custodians, and if both of them have to go out, there’s no one to clean the building — which is more critical than ever right now.”

He said that hardware, software and infrastructure will not always play nicely together, especially when they’re being deployed in multiple ways at once.

Both said that synchronous learning remains a great white whale.

“About 15 years ago, Idaho tried having one classroom in each high school that would be live, and you could take that class from everywhere, and it just didn’t work,” David said.

“If you’re trying to do anything synchronously, that’s a much different conversation,” Seth added. “There’s so much equipment for that — when you think about the webcams and the mics and all the equipment that’s required to hold a class with children that are both in-person and online, that’s a lot. OETC and CARES Act funding has helped with some of that, but it’s definitely been a challenge.”

He said that the one exception is when lots of kids in a class are quarantined at the same time; some synchronous activities, he said, helps them stay connected to — and on the same level as — their peers.

He’s glad, he said, that the district has dedicated lots of in-person time to getting kids prepared for the possibility of those quarantines.

“Especially with our elementary students, we spent the first couple weeks in person helping them get that foundation. When we did go remote, those kids knew what to do. Whether they were elementary or high school students, they would know, ‘Here’s where we find stuff; here’s where our class meeting link will be.”

That is possible, he said, because this year his district was able to launch a 1:1 Chromebook deployment through Insight Financial Services and OETC. The kids take them back and forth to schools; if one is forgotten at home, there are extras in the classroom and library.

“Our elementary staff did come up with a great way to make sure they come back,” he said, adding those students are now in class Mondays, Tuesdays, Thursdays and Fridays. “The device is sent home fully charged, but no charger, so they need to bring the Chromebook back or it will probably die at home.”

Despite all the difficulties of hybrid, both David and Seth report insights and triumphs that would never have happened during a normal year, including increased flexibility, new partnerships with local vendors like ISPs, and a sense of immense pride in what they have accomplished.

“People have stepped up everywhere. Teachers care, admins care, they want to help their students to succeed.”

One success, David said, was having video broadcasting students livestream sports and activities to YouTube, which are better quality than they get with webcams, and preserves some of the special, joyful nature of extracurriculars.

“You’re dealing with the emotions of a senior in high school who thought they were going to play for a state championship this year, and that’s a huge issue,” he said.

Seth said the pandemic has made his district a much more flexible workplace.

“Some of my staff has really thrived working from home, and outside of COVID, I don’t think we would have allowed that to the extent we do now … so for select employees, I can see this becoming part of their day-to-day, where they work from home and maybe come in some days for meetings.”

Most of all, David said, this year has proven what his team, and educators everywhere, are really capable of.

“I’ve never been more proud to be an educator,” he said. “People have stepped up everywhere. Teachers care, admins care, they want to help their students to succeed, and they’re worried about the young people in our nation. It’s phenomenal what has happened in the most difficult scenario we could ever imagine.” 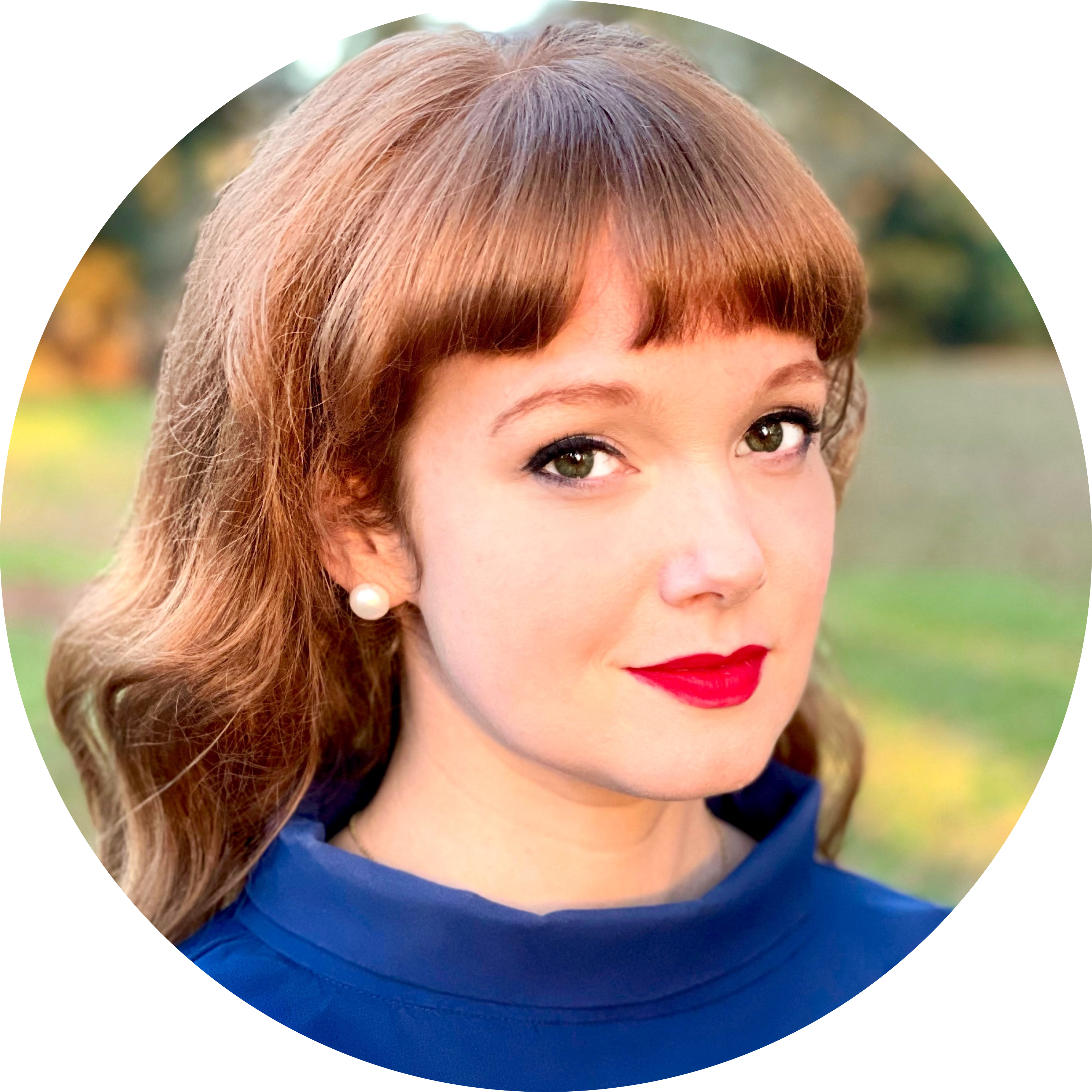